Version 1.2.0 of Rumble Network Discovery is live with a handful of new features. If you haven’t had a chance to try runZero before, or would like to play with the new features, sign up for a free trial and let us know what you think!

This release include support for automatic wireless network discovery and access point inventory, leveraging existing agents and scans to keep track of the wireless environment. This feature is unlikely to replace a site survey using dedicated tools like Kismet, but it can provide a glimpse into the wireless conditions of a remote site, and help identify issues with connectivity and security compliance.

The most recent data for each wireless network (defined as the combination of BSSID and Site) can be found in the Wireless Inventory. This feature can be disabled per-scan by unchecking the “WLAN-LIST” probe in the Scan Configuration. Similar to Assets and Services, the Wireless Inventory supports Search Filters, Exports, and the Export API. 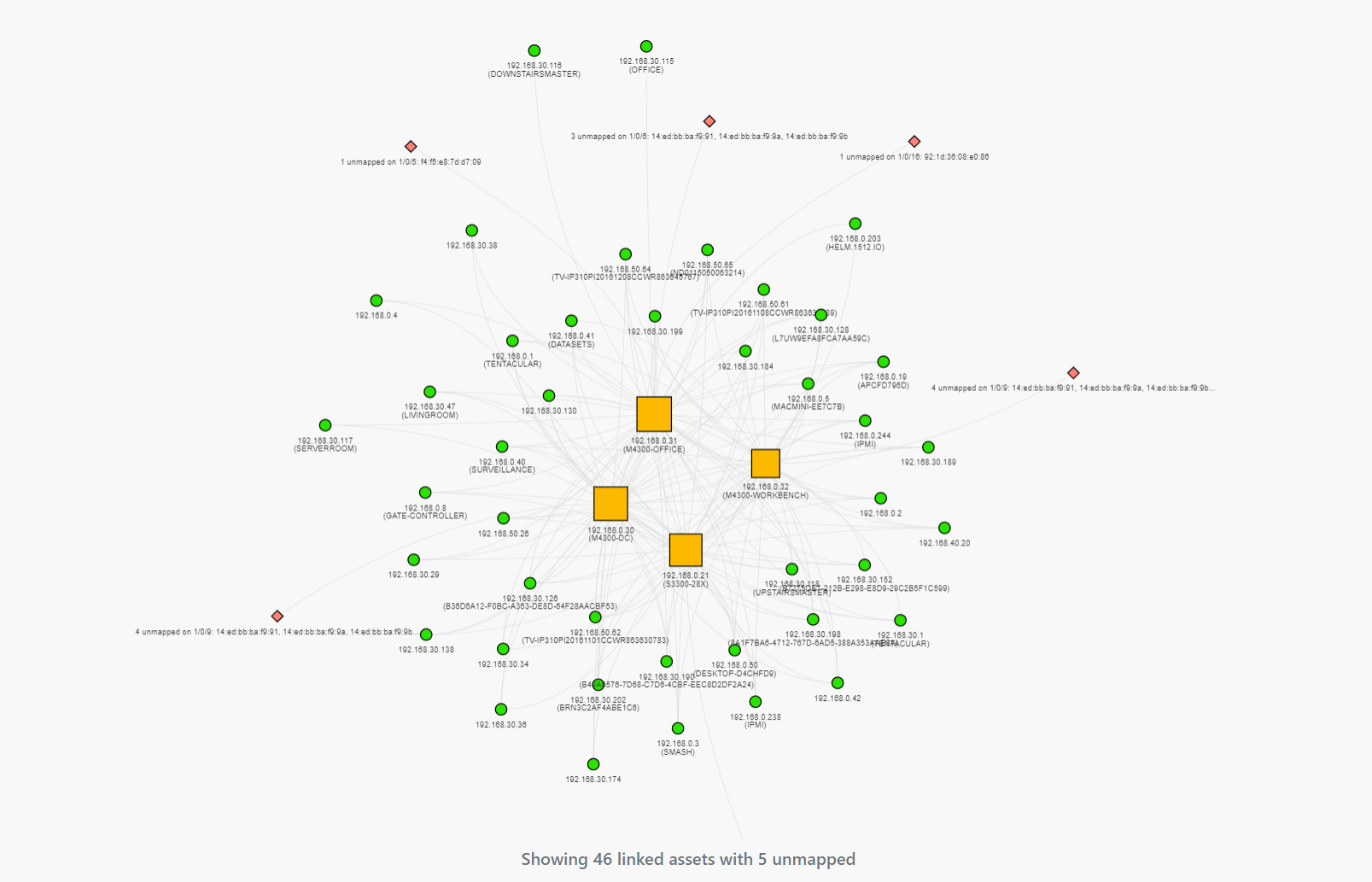 This release builds on the Switch Topology report that was introduced in version v1.1.5, adding authenticated SNMP v3 support, and fixing a number of bugs in SNMP response parsing. There is still quite a bit of work to do in order to support community string indexing, SNMP v3 contexts, and the network layout itself, but many users are finding the Switch Topology report useful, and as a good starting point for identifying “unknown unknowns” across the environment.

Excited about the new features? Sign up for a free trial and give this release a spin!