We are thrilled to announce the general availability of Rumble Network Discovery!

This release is the result of six months of beta testing by nearly 3,000 users tracking almost 3,000,000 assets. We feel like the product is finally taking shape and are more excited than ever to tackle the problem of unauthenticated network discovery and asset inventory.

A HUGE thanks to our beta community for their relentless (and awesome) feedback about every part of the product, from specific network probes to the look and feel of the inventory. This feedback has driven our development process and helped us define the roadmap ahead.

For those who have already subscribed or started the purchasing process, we really appreciate your support, and are looking forward to working with you as we continue to improve the platform.

If you haven’t had a chance to try runZero before, or just haven’t seen a recent version, we recommend signing up for a free trial and taking this release for a spin. 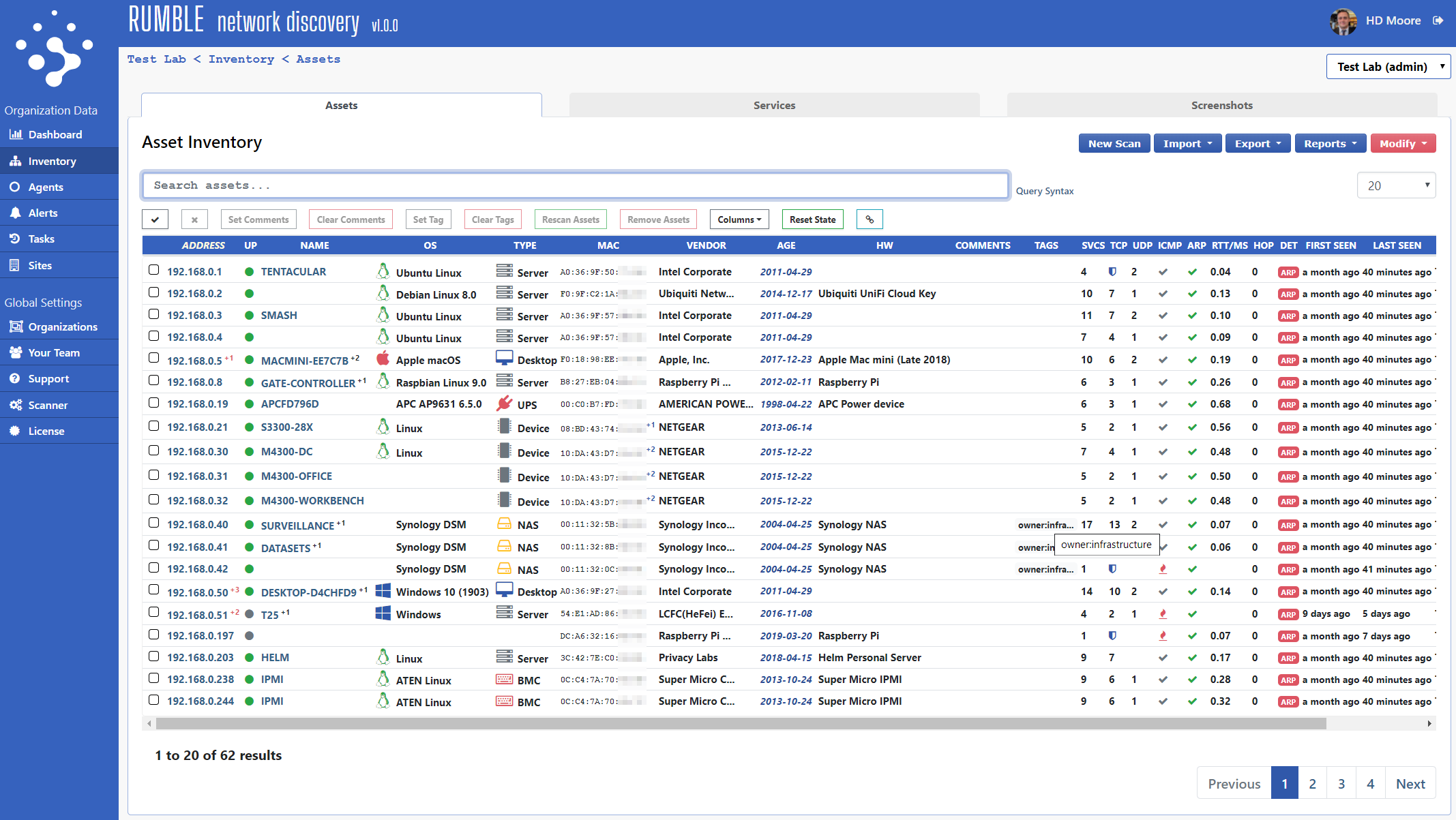