Version 1.7.0 of Rumble Network Discovery is live with big updates to reporting. The Analysis Reports introduced in version 1.6.2 are now joined by a new Subnet Grid Report, linked off the main Subnets Report under the Explore menu.

The Query Library has been updated with small tweaks and new built-in query for finding expired TLS certificates, supported by improvements to the scan engine. The Rumble backend has been upgraded to support our larger customers as well as all of our new Starter Edition users.

Rumble can now provide a birds-eye view of the network through the Subnet Grid Report. The backstory on this visualization needs its own blog post, but the short version is that treating the IP address space as a grid and applying color maps based on attributes can identify interesting network properties. The Subnet Grid Report can be found linked with a icon off of the main Subnets Report. The example below is the type color map of a public IPv4 network. 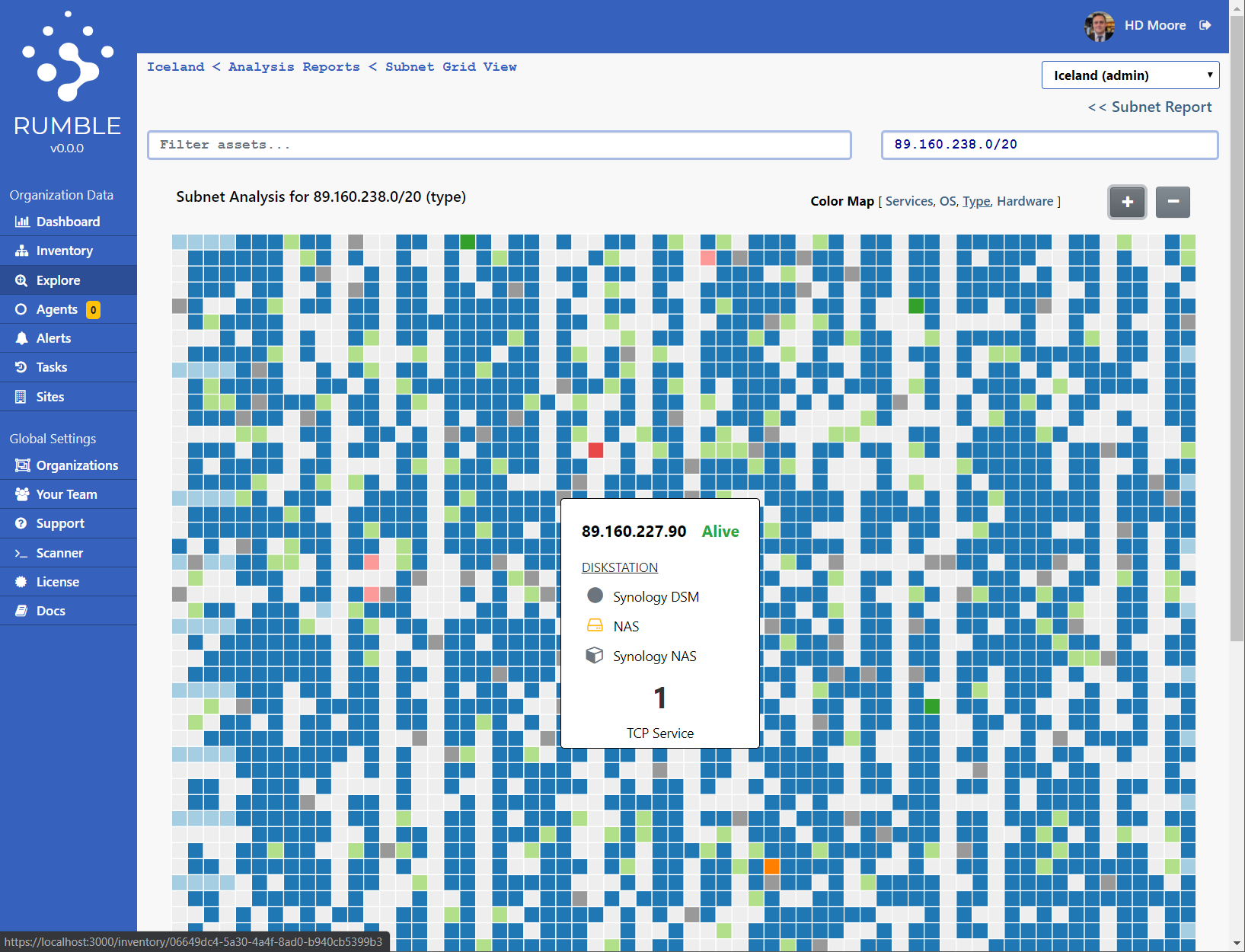 The command-line runZero Scanner now generates the Network Bridges and Switch Topology reports. These reports can help you understand the layer 2 topology and layer 3 segmentation of a network without having to upload the scans into the cloud platform. 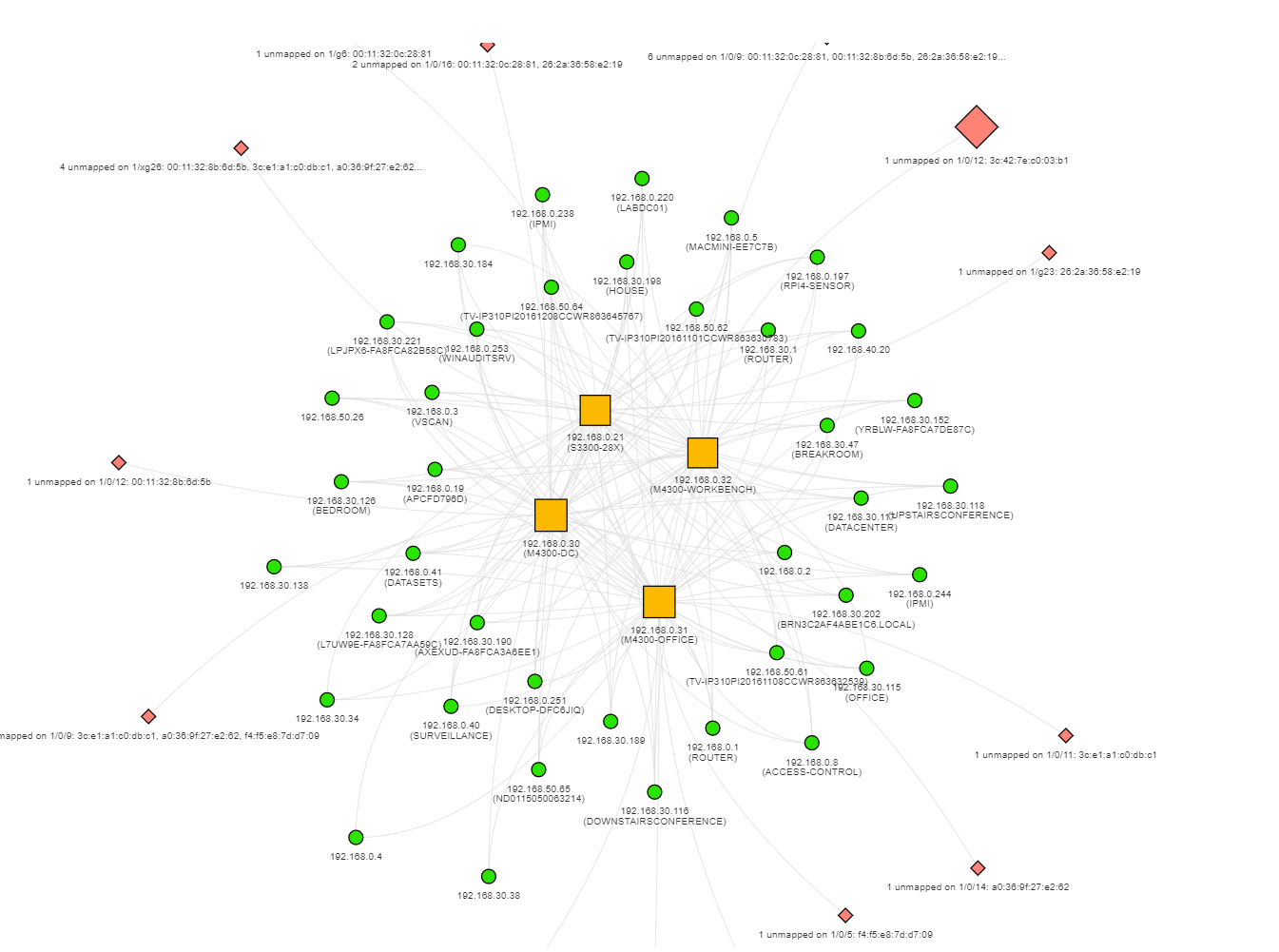 These report can also be generated using previous scan data. The --import option can be used multiple times to merge many raw scan files into a combined report. 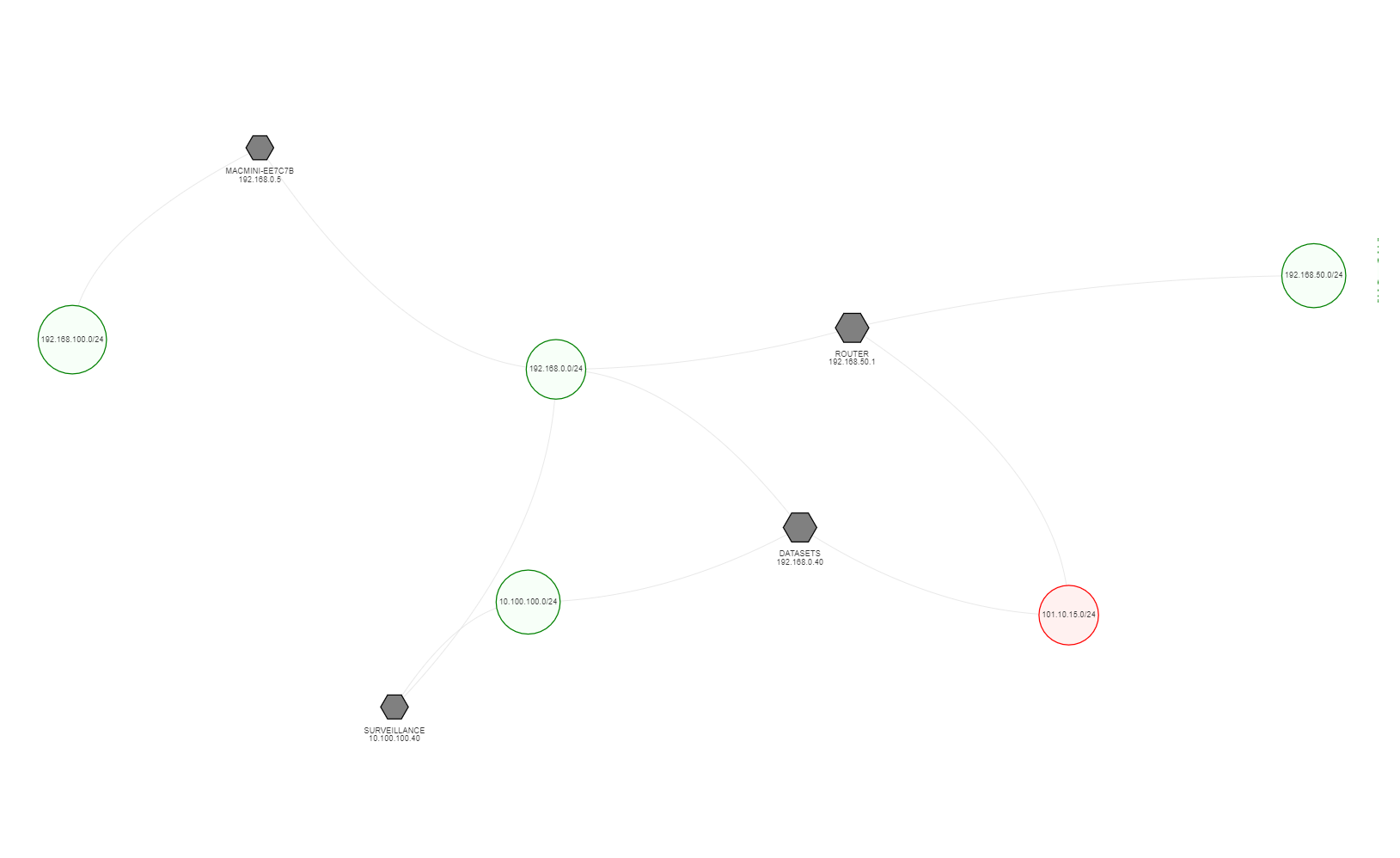 Alert Rules can now be limited to a specific site or all sites, depending on your preference.

Recurring scans now show the day of the week abbreviation in the user interface.

The Rumble Agent and runZero Scanner now use version 0.9991 of npcap.

The complete release notes for v1.7.0 can be found in our documentation at the links below.