Version 1.4.0 of Rumble Network Discovery is now available with a host of changes. This release rolls up our post-1.3.0 work, including major updates to the command-line runZero Scanner and support for asset syncing in Splunk. 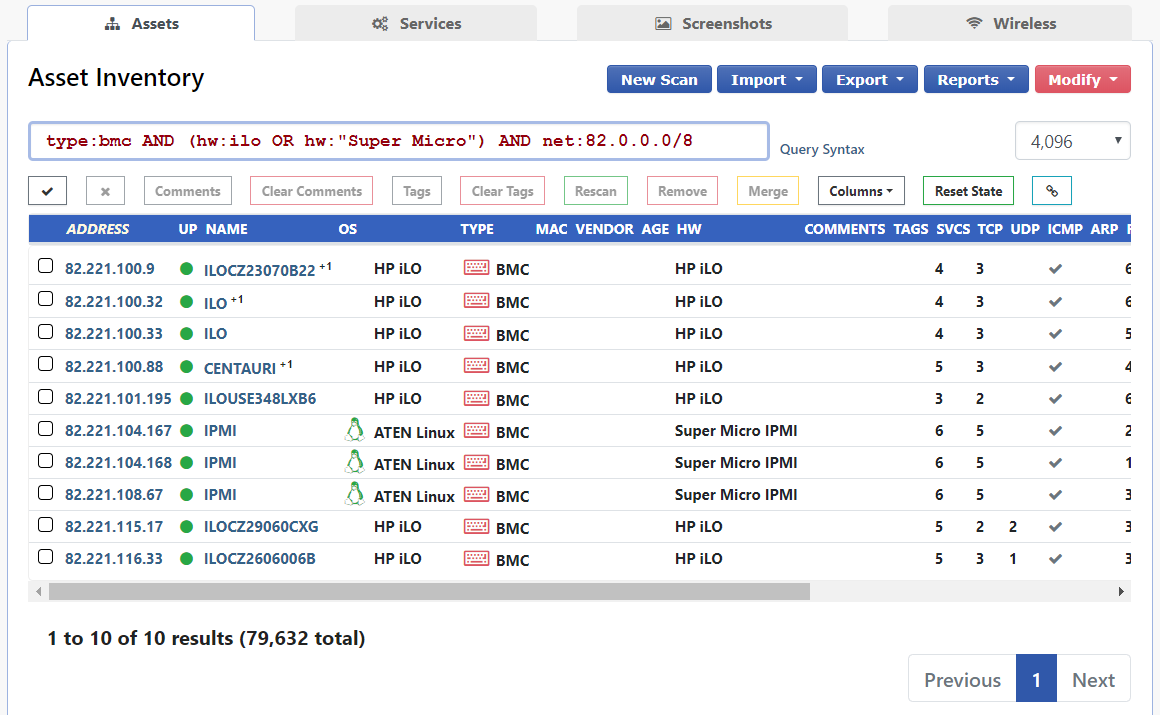 These queries can be applied to the export functionality as well as the search interfaces for assets, services, screenshots, wireless networks, sites, and organizations.

The Rumble asset correlation engine now ignores “noisy” changes by default, including small changes to identified hostnames, domain names and reverse DNS entries. These improvements should reduce the number of alerts triggered after scans where reverse DNS becomes unavailable or is generally unreliable.

Network devices that intercept requests and forge network responses containing fake MAC addresses are now handled better. Prior to 1.4.0, Rumble could detect and avoid ARP proxies, and this release extends that support to devices that intercept and forge responses to protocols like NetBIOS and SNMP. This change prevents unrelated hosts from being correlated into the same asset.

For folks with busy scan schedules, this release has two major changes.

The Rumble Agent has been updated with the latest version of npcap, upgrades more reliably in certain corner cases, and writes out a log file automatically on all platforms. This release also resolves occassional issues with lingering chrome.exe processes on Windows systems.

The runZero Scanner now supports multiple import files, can work from a previous assets.jsonl as a baseline, and can upload resuls to the Rumble platform automatically, creating new sites as needed. For folks who prefer to run their scans by hand or in response to network events, this a great way to populate the inventory on demand. Take a look at this post for additional information on the scanner changes.