The 1.15 release improves global deployments, fingerprinting, and asset tracking. Rumble is still free for individuals and small businesses with less than 256 assets and is a great fit for security assessments using its temporary project feature.

Read on for the full list of changes since v1.14.

For folks who need a local scanner in each broadcast domain, such as retail environments where each location has overlapping network ranges, the deployment process has become much easier. Site imports make it simple to generate and import a full list of sites and corresponding subnets from the web interface.

Mass-deployment of agents can be handled through just about any installer environment, either by running the standard agent executable with the UPDATER argument, or by using the MSI Installer to automatically install an agent from an arbitrary URL (with signature verification).

Mapping those agents to sites is easier than ever through the Automatically Assign Sites action in the Agents Manage menu. This feature automatically assigns each agent to the Site where a subnet matches the agent network interfaces. This saves quite a bit of time when deploying into hundreds of retail locations or micro-segmented environments

Finally, in order to manage hundreds of recurring scans, our team has provided an API example that can be used to configure recurring scans on every active site. You can find this example code in the rumble-api repository.

As always, if you run into a challenging deployment scenario, please reach out to our support team! 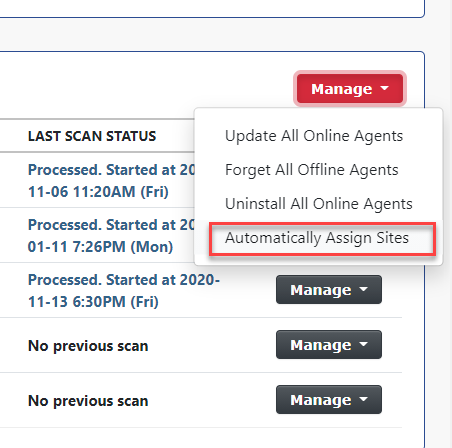 The Rumble scan engine now supports the Crestron UDP discovery protocol. This default probe provides substantially better fingerprinting for Crestron equipment and the various service attributes can be queried and reported via the inventory and attribute report.

The default TCP port list has been expanded to include additional services used by the SolarWinds Orion product. These additional ports improve detection of SolarWinds services and the Query Library now includes a pre-built query for finding Orion servers.

Rumble now negotiates TLS with PostgreSQL endpoints that support it. The stored fields include all of the standard TLS fields, including certificate expiration, TLS version, and chosen cipher.

Services where at least one virtual host has been identified (via TLS or DNS) will now merge the blank virtual host services into the first virtual host found. This reduces the number of unique services shown and makes the service attribute view less noisy without sacrificing accuracy.

SNMP fingerprints are now considered more reliable than SSH-based fingerprints in most cases. This improves identification of Cumulus Linux and other Linux-based switches.

Virtual MAC addresses used by PAN-OS as well as certain SonicWall VPNs are now ignored for the purpose of asset correlation, which in turn prevents inadvertent asset grouping.

On the Windows platform, the Rumble Agent and runZero Scanner now bundle npcap 1.10, which includes a number of reliability and performance improvements. 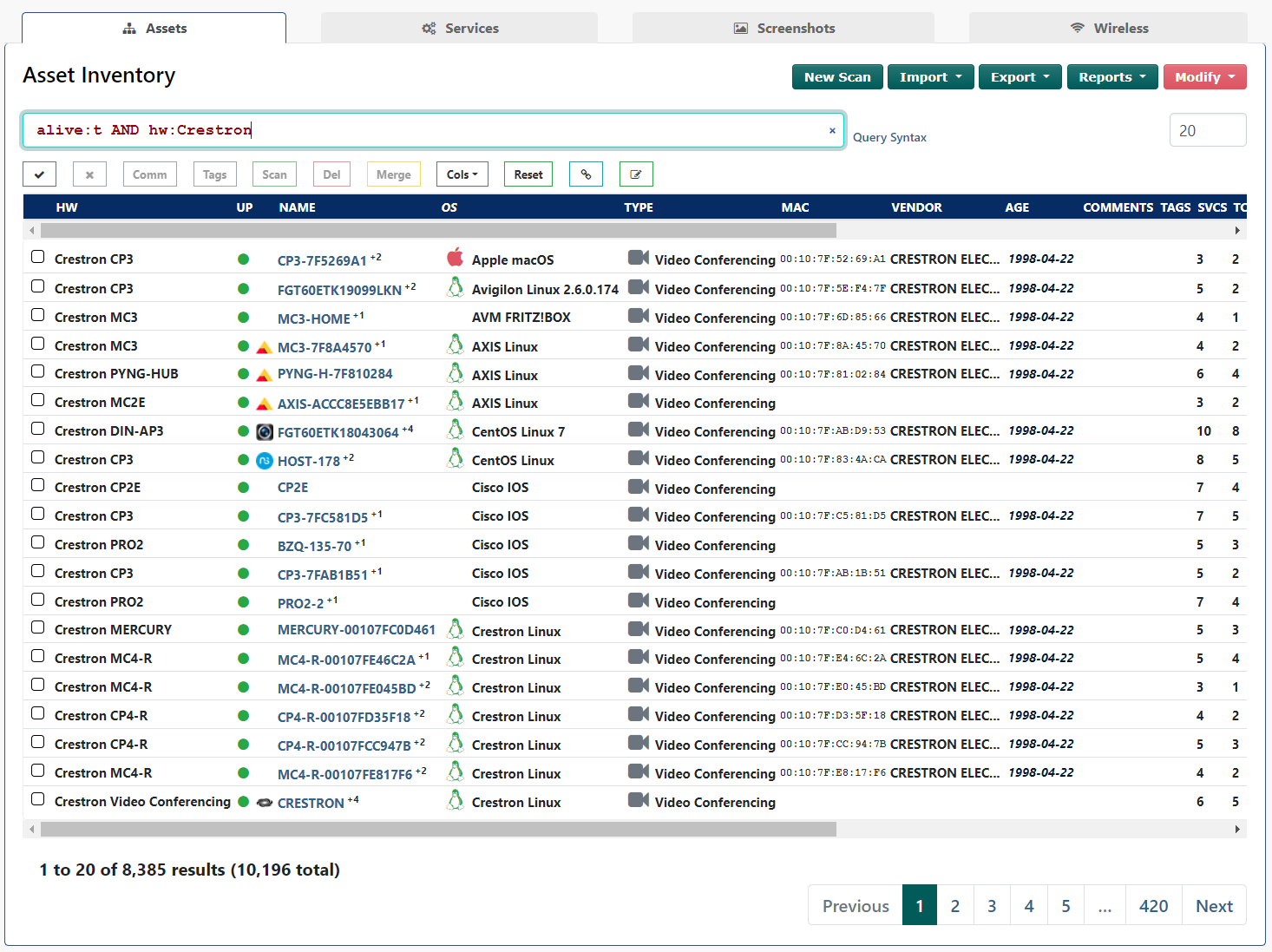 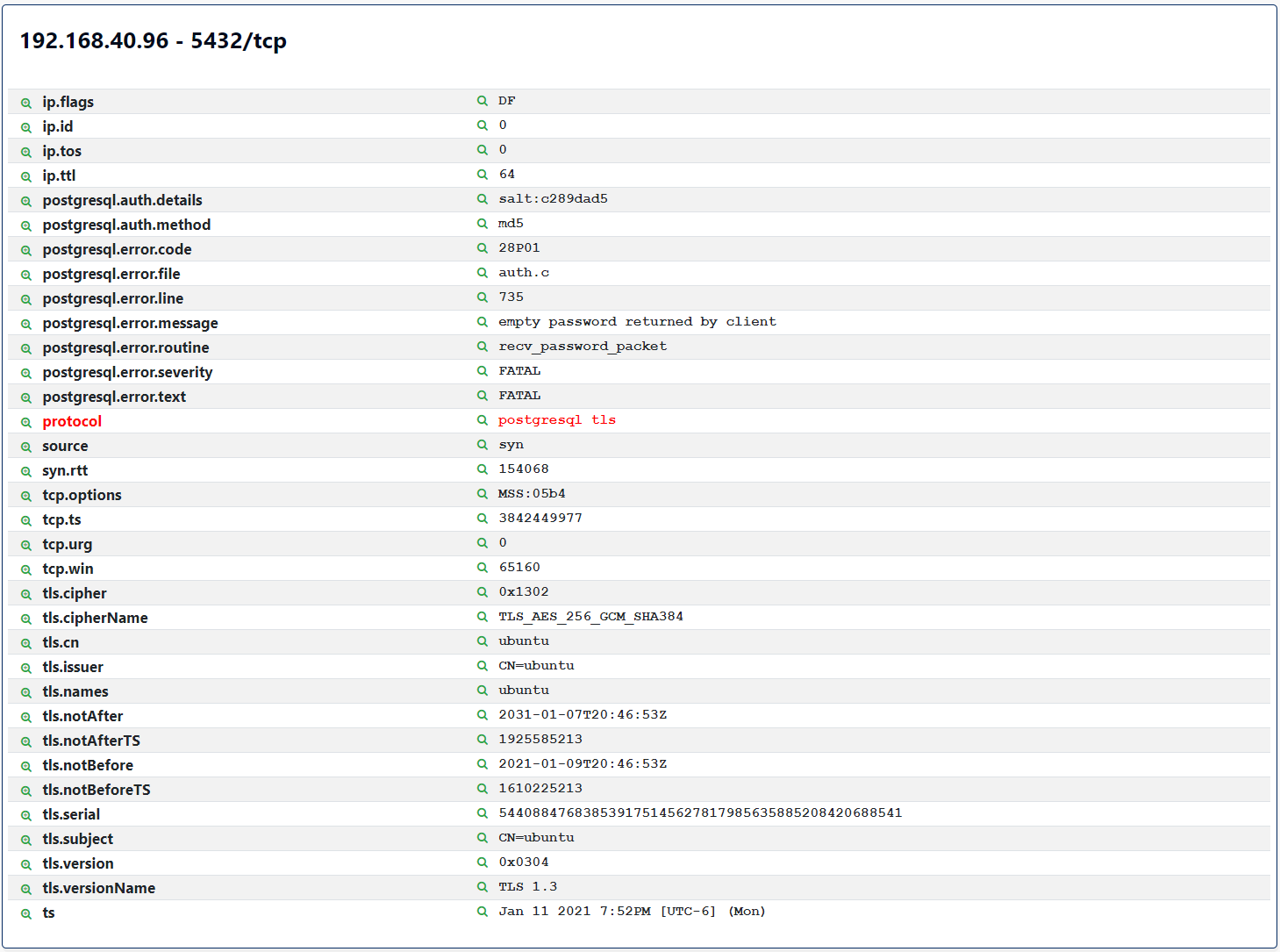 The complete release notes for v1.15.0 can be found in our documentation