Researchers at Forescout recently published findings on a new set of 13 vulnerabilities with the Nucleus RTOS TCP/IP stack, collectively referred to as NUCLEUS:13. Originally released in 1993, Nucleus is found in many different types of products, including devices in the medical, automation, and OT spaces. Most of the surfaced vulnerabilities in the Nucleus:13 set received CVSS scores in the high range (and one, via the FTP service, has a critical score of 9.8), with successful exploitation yielding information leaks, denial-of-service, or remote code execution.

While Siemens, owner of Nucleus, has released patched firmware, device vendors will still need to utilize these for their affected product lines and push out their own updates. Forescout suggests some mitigation strategies for affected devices, which you can take to help reduce your Nucleus:13 attack footprint while awaiting patches.

How to find Nucleus TCP/IP devices with runZero

From the Service Inventory, use the following pre-built query to locate Nucleus TCP/IP assets with accessible FTP services in your network: 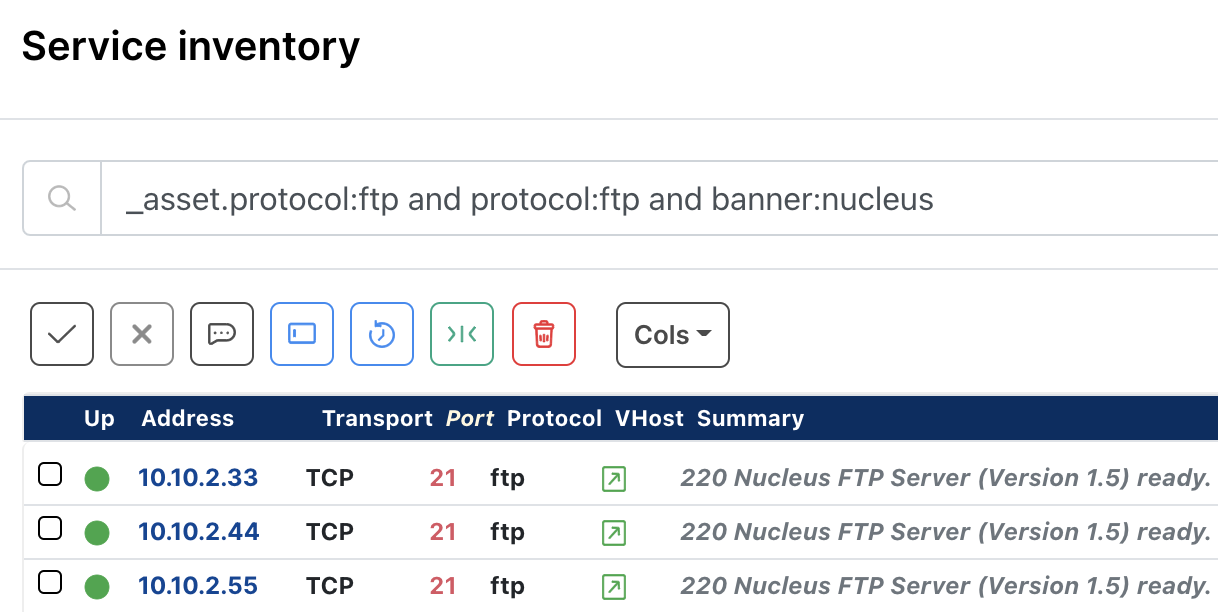 As always, any prebuilt queries we create are available from our Queries Library. Check out the library for other useful inventory queries.

Get runZero for free